The biggest dangers for the teeth 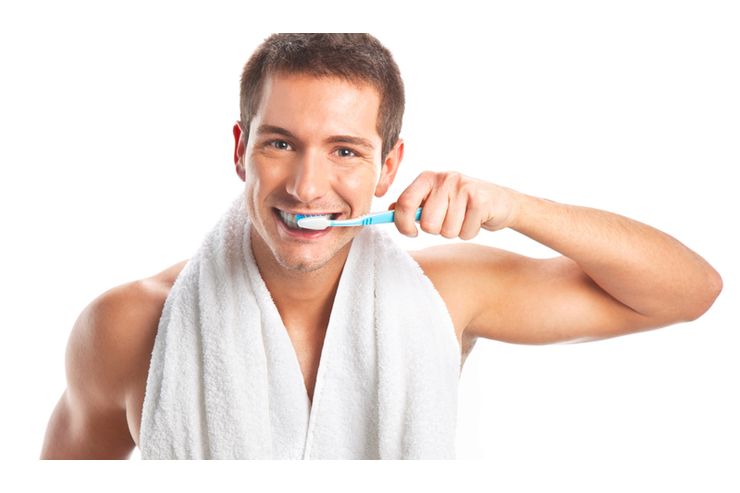 It's understandable that when you were younger, you didn't have the time or inclination to practice thorough dental hygiene. However, this does not have to mean that you retire with sunken lips. "The decisive factor is targeted oral hygiene. And this task cannot be passed on to the doctor," explains Dr. Eberhard Riedel, dentist in private practice from Munich. So unpack your toothbrush – we'll explain what really counts.

Tooth decay is one of the most common infectious diseases in the world. It is particularly widespread in Western industrialized nations, while Third World countries have other concerns. Schoolchildren in Tanzania, for example, do not know caries at all.

Only one tenth of the approximately 500 species of bacteria in the mouth are known today. The main culprits of decay, streptococci and lactobacilli, feed on the sugar in our food and produce lactic acid from it – microbial pipi, so to speak. The acid dissolves mineral components such as calcium and phosphate from the tooth enamel, thus causing cavities.
Researchers are now cultivating bacteria that produce an alcohol compound instead of acid and thus do not harm the teeth. These germs could one day take the place of streptococci. But there will be no permanent vaccination against tooth decay.

What matters: Almost all of us are infected with caries bacteria in childhood. The classic example is the mother licking a spoon of her child (but can also happen to fathers). If you are spared tooth decay as a child, you don't have to be afraid later, even when you kiss your tongue. "At the age of 20, germs are no longer transmissible," says Professor Annerose Borutta of the Polyclinic for Preventive Dentistry in Erfurt, Germany. "The microflora of the mouth establishes itself in early childhood."

Inflammation in the flesh: periodontitis

What used to be periodontosis is now called periodontitis: an inflammatory disease of the gums or jaw bones.

More than half of adults in Germany suffer from it. From the age of 35, the disease is more common than caries. Caused by bacteria that settle in gum pockets and even manage without oxygen supply.

What matters: Eaten jaw bones can be rebuilt with bone replacement material, but it is better to act preventively. Inflammations always thrive between the teeth, so you should brush there especially thoroughly.

White teeth – not at any price

According to a survey by the Curatorship of Perfect Dentures, 92 percent of all Germans consider beautiful teeth important. Every normal toothpaste contains a so-called abrasive substance (usually pumice stone), which cleans the tooth. However, the special bleaching products must destroy the natural crystal structure of the tooth enamel to some extent in order to be effective. Fatal for the enamel is smoker's toothpaste, which is about as gentle as an orbital sander.

What matters: New carbamide-peroxide-based products guarantee white teeth for a period of one to three years. This gives the enamel time to recover from the procedure. Only the initial treatment is done at the dentist, after that you take a tube of gel home and apply it overnight for several weeks (so called home bleaching).

Lubricant: The saliva goes out

In saliva there are antibacterial substances, but also minerals such as calcium and phosphate, which stabilize the tooth enamel

If the flow of saliva stops for a longer period of time, for example due to the influence of stress or medication, then there is a high level of alarm. For example, U.S. scientists found an 84 percent increase in the incidence of caries in rats that had been given a drug containing the active ingredient clonidine, which causes high blood pressure.

What matters: Only take medications that do not have a negative impact on saliva production. Otherwise helpful: mouth rinses containing fluoride. In general: drink plenty of fluids. However, no coffee, because the caffeine inhibits the flow of saliva. Chewing gum provides up to ten times the amount of saliva.

Imagine a bowl of rhubarb compote that you eat for dessert. Then mentally run your tongue over your teeth. The surface of the teeth appears dull, because the acid demineralizes the enamel. The same applies to fruit juices. Fluorides play a decisive role in remineralization, i.e. the restoration of enamel. In countries such as the USA and Ireland, trace elements are added to drinking water. In the GDR, too, fluorides were available from the tap.

What matters: Use fluorinated table salt. Teeth need time to remineralize after acidic meals. Do not brush your teeth for about half an hour, until the surface feels smooth – otherwise you will scrub off the affected enamel as well. It is best to consume sweets as seldom as possible, but you already know that. "And if you can't resist it at all, devour a bar of chocolate at once rather than nibbling the bits throughout the day," says Annerose Borutta.

The producers of foul gases are bacteria that process proteins into sulfur-containing compounds. People who have to talk a lot because of their job and who are also under stress are particularly at risk.

What matters: After thoroughly brushing your teeth with a toothbrush, scrub your tongue a few times as well. Special tongue cleaning tools are available in pharmacies, but they do not bring any significant benefits. A chewing gum helps against a dry mouth in the short term.

Dentures: When a tooth falls out

You have already lost one tooth or another? In the future, even that will no longer be a drama. With the help of genetic engineering methods, U.S. researchers are able to develop all the cells that belong to a tooth. However, it will probably be several years before this method is ready for series production.

What matters: Once a tooth is out, even the best prevention is no longer of any help. However, good dental implants now last around 20 to 30 years – a similar period to that of a conventional bridge.

According to a survey by the Curatorship of Perfect Dentures, 92 percent of all Germans consider beautiful teeth important. Every normal toothpaste contains a so-called abrasive (usually pumice), which cleans the tooth. However, the special whitening products must destroy the natural crystal structure of the enamel to some extent in order to be effective. Fatal for the enamel is smoker's toothpaste, which is about as gentle as an orbital sander.

What matters: New carbamide-peroxide-based products guarantee white teeth for a period of one to three years. This gives the enamel time to recover from the procedure. Only the initial treatment is done at the dentist's office, after which you take a tube of gel home and apply it overnight for several weeks (so-called home bleaching). Not cheap, the whole thing: the cost is a few hundred euros.

Piercing: No junk in the oral cavity

The very thought of fashionable foreign bodies makes dentists shudder. Piercings bring foreign bodies into the oral cavity, the effect of which is not one hundred percent calculable.

What matters: If piercing, then only with biocompatible material such as gold alloys or platinum.

If plaque is not removed regularly, it becomes hard within 48 hours. After twelve days the plaque is rock hard (tartar). Plaque not only looks ugly, it is also responsible for bad breath, can cause gingivitis and periodontal disease. 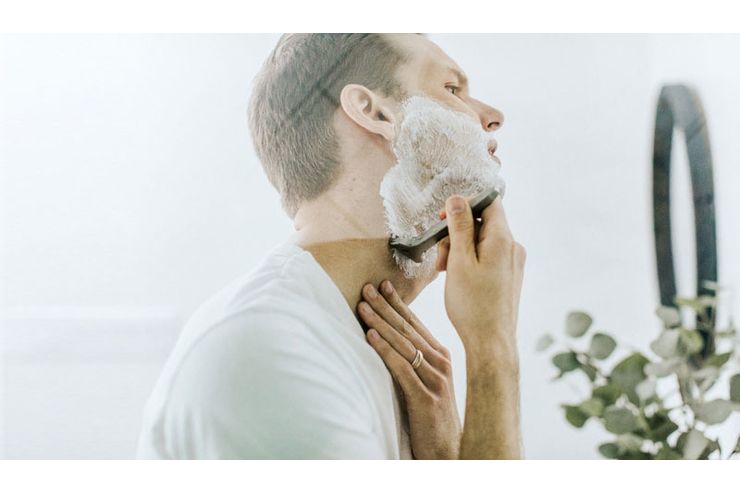 Razor burn: This helps against skin irritations
What is razor burn and how does it develop?
00 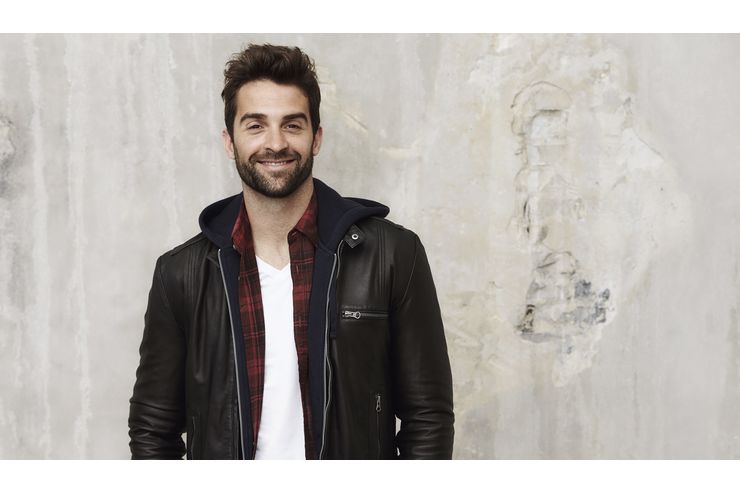 Proper care for baldness
Men with hair loss should not fret any longer, but
00 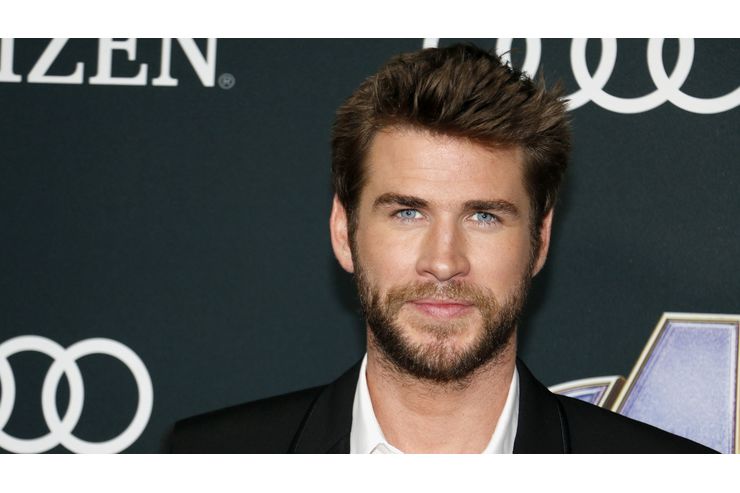 Celebrity beards: the 8 coolest beard trends
Where better to research trends than on the red carpet?
00

Pimples on the back: 9 tips on how to get rid of them
I'm sure a lot of people know this: You'
00 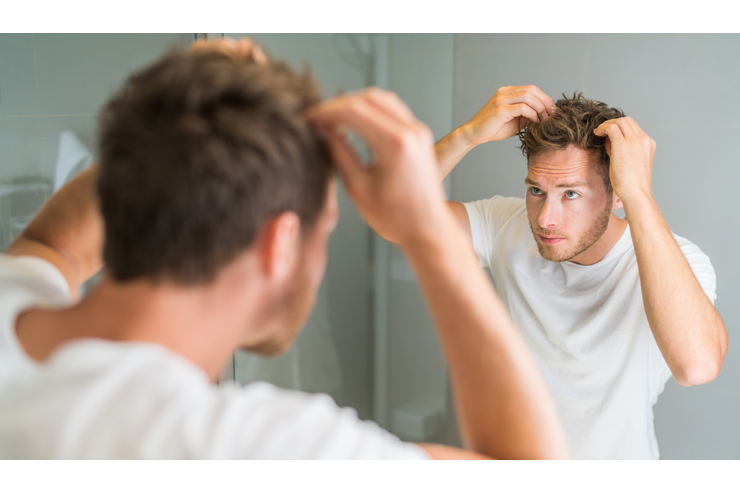 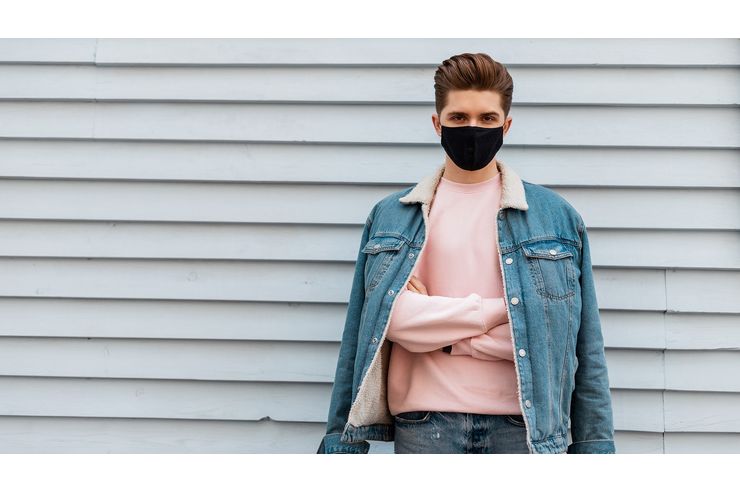 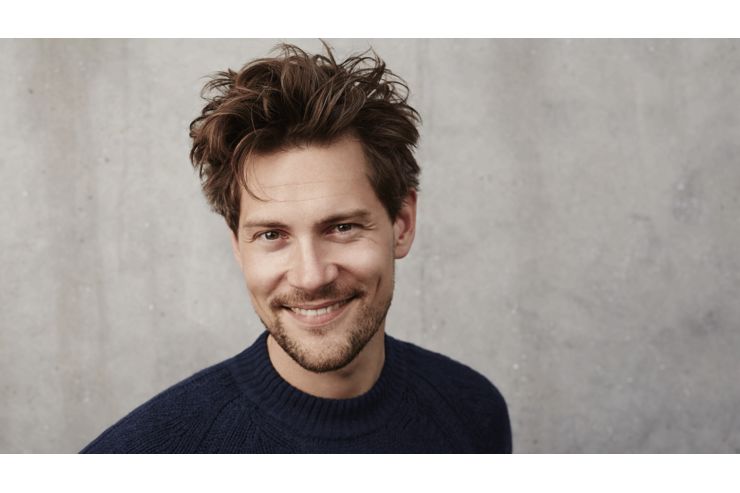 Hair dyeing for men: So no one notices it
May men dye their hair? This is probably not a much-discussed
00
Ask a question